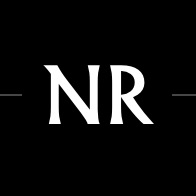 The resurgence of classical education

Dan Scoggin once thought that he would spend his career teaching college students about Victorian novels. This was back when he was pursuing his Ph.D. in English literature. After taking a job at Tempe Prep in Arizona in 1998, however, he realized that higher learning can occur at lower levels. “Students who are just 13 or 14 years old are deeply philosophical, searching for meaning in their lives,” he says. “It occurred to me that they could benefit from the kind of classical education I received in graduate school. They’re not too young for it — they’re in fact just the right age.” Today, Scoggin stands at the vanguard of a small revolution in K–12 education: the rise of modern classical academies. These schools and their leaders reject much of what has passed for education over the last century and seek to restore traditional approaches that focus on the Great Books and the liberal arts. “We want to create renaissance men and women who have noble characters and a sense of purpose that’s larger than themselves,” says Scoggin.