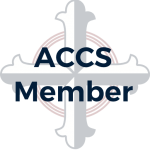 Teacher of a self-contained classroom with 12 to 14 students maximum in a classical Christian school primarily serving students from low socioeconomic backgrounds.

Harbor Christian Academy (HCA) was established to provide the youth of the city with a rigorous, Christ-centered, and Classical education. HCA first opened its doors to students in the fall of 2018. HCA currently serves 90 students in grades prekindergarten through 5th. Each year the next grade is being added until HCA serves students in grades pre-k through 12th. Class sizes are set at 10 students maximum in pre-k and 14 students maximum in kindergarten through 12th grade.

To apply for this job email your details to rwilson@harborchristianacademy.org

Find a School
What is CCE? | Read More
Benefits of Membership
Repairing the Ruins Conference
Job Exchange
Start a School