The Greek word for an ancient concept, Paideia has no exact English translation. It is essentially the part of upbringing and education that forms the soul of a human being — and it is key to the formation of a culture.

Christians today talk about worldview. But they often fail to understand the deeper concept of paideia–the term actually used in the Bible. The early Greeks realized the power of building culture intentionally through paideia. A parallel idea can be found in ancient Israel (Deuteronomy 6). In Ephesians 6, we see the early Christian call to fathers to raise their children in the paideia of God. Various translations call this ‘education’ or ‘training’ or ‘fear’ or ‘admonition’ or any of about seven English words, none of which are adequate. Other frequently used phrases are ‘Christian worldview’ or ‘good character,’ but Paideia involves much, much more. Translations vary because there is no direct English translation.

Paideia is at one level, the transfer of a way of viewing the world from the teacher to the student. At another it shapes and forms the child in terms of his or her desires, passions, and loves. It is essentially the part of upbringing and education that forms the soul of a human being — and it is key to the formation of a culture. Put yet another way, paideia is a description of the values we actually love, the truth we actually believe, and what we assume about the nature of our world.

What does education have to do with culture? Classical education recognizes that the answer is “everything.” All schools reinforce some type of paideia. The difference is that classical Christian schools intentionally design their programs to form a Christian paideia. And we do this with about 2000 years of experience. 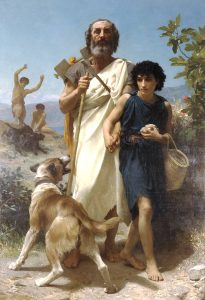 At its core, paideia motivates our decisions and behavior, through our affections. Because it influences each person in a culture, paideia forms a culture. How do we think? How do we vote? Do we marry? Do we have large families? Small families? Do we do productive things? Start a revolution? A million actions lie on the surface. Layers of influence and supposition lie under each decision. Paideia lies at the deepest level. It is the blueprint of thought, affections, and narrative through which every one of us views every thing. Because it is the building block of culture, it determines the future of a people.

Paideia is transferred through education, in a broad sense. Formal education plays a part, but so does our family life and the society around us. Paideia is hard to see because it’s so deeply set in us. It’s molded in childhood, and most malleable through college age. Paideia is hard to define because it, in many ways, defines who we are. This “bootstrapping” makes paideia difficult to fully appreciate.

We live in a world shaped by paideia, and yet we take it for granted. In fact, most people have never heard the word. And yet this word was foundational to Greek thought, and was more commonly used in America up until the 1900s. The stakes are high. Paideia is the primary ingredient in forming culture and thus civilization. And we’ve recently seen what it looks like when civilization begins to break down.

“Civilization is not a standard of living. It is not a way of life. Civilization is the deliberate pursuit of a common ideal. Education is the deliberate attempt to form human character in terms of an ideal. The chaos in education with which we are familiar is an infallible sign of the disintegration of civilization; for it shows that ideals are no longer commonly held, clearly understood, or deliberately pursued.”—Robert Maynard Hutchins, University of Chicago, mid-20th century 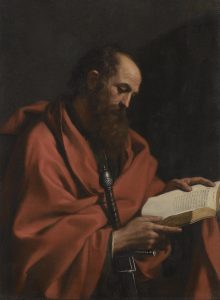 When we see younger generations embracing things that are not true, or condemning things that they should accept, we’re watching paideia at work. You just can’t see your own paideia very easily.

Classical education considers the whole person, including their worldview, habits, thought patterns, character, and culture. As a person grows up, they absorb their surroundings, not just the answers to test questions. Their education shapes who they are, and how they see the world and act within it. Education should be first and foremost about the cultivation of virtue and a deep appreciation of truth, goodness, and beauty in the souls of our kids.  The objective, then, is to shape the virtues and sharpen the reason of students so that these things are in line with God’s will — a Christian Paideia.

With a Christian Paideia, our goals can be much bigger.

If we return to placing our hope in Jesus Christ, in and for all things, we have real hope for future generations. But, we cannot compartmentalize our faith. We must look through the lens of Christianity at everything. We must think. And, we must love that which Christ loves. And hate what He hates. We must rightly order our loves so that we will be prudent. We must labor diligently, and with fortitude. We must love justice, and with it truth. We must temper all our loves with grace. Above all, we must love our God first, and then our neighbors. Our faith and our hope will only then become salt, influencing the world around us. This is paideia— the cultivated affections, and the leanings of our hearts, toward rightly ordered virtue in the soul. When ideas conflict — and especially when we don’t even realize we are making a choice — what love reigns supreme?

If you’ve hungered for a deeper connection with Christianity, you’ve felt the loss of the Christian paideia.

The time-tested ideas behind classical Christian schools are foreign to most modern educators.  The model’s transformative power lies in one truth:  Christ is Lord of all.  So, what does that mean for how we live?  How we think about things?  What we value and what we love? In short, education is primarily about what we are trained to love, not just what we are taught to know.

Put another way, education is about soul formation, not just information. And this formation builds a culture. When carefully considered, a foundation this big transforms every aspect of school.

Education is not subject, and does not deal in subjects. It is instead a transfer of a way of life.

Until the 20th century, nearly all schools were “classical Christian,” designed to cultivate a Christian Paideia. Learn what changed. ▸