What is Moral Imagination?

Moral imagination is the part of a person that views the world in terms of goodness. It is imagination because it deals not in rules, but rather in stories, poetry, mental images, and memories. 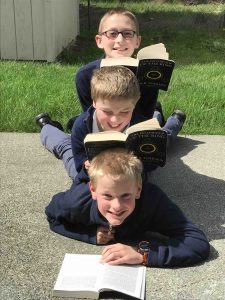 Our ideas of right and wrong are shaped by stories, images, and memories, not merely by a list of rules. Instead of evaluating human actions by constantly comparing them to our list of dos and don’ts, we go faster to a group of images and stories which we think of as good, wholesome, beautiful, or else bad, rotten, ugly. Instead of a list of individual taboos, or “thou-shalt-nots,” the moral imagination sees bigger-picture goodness. The Bible itself uses a significant number of stories, histories, and songs. Want another example? C.S. Lewis was a master of dealing with the moral imagination. Not only is his non-fiction written in metaphors, his fiction, like The Chronicles of Narnia, involves few outright “morals” and instead sparks the moral imagination.

The concept of moral imagination stands in contrast to the modern field of ethics, which treats morality as an individual’s rational decisions based on a personal ethical rulebook. The term was originally coined by Edmund Burke and Irving Babbitt and was popularized by Russel Kirk. They used the term to describe classical and medieval ethical thought, as opposed to modern. And they concluded that Aristotle, Virgil, Dante, etc. all viewed morality more like a moral imagination, and less like a rulebook. Edmund Burke examined in particular how a culture or society passes on its moral imagination: not through long lists of rules, but through fables and myths, customs and traditions, and stories about a society’s heroes. To read more, try Britannica’s entry on the topic or this one in the Imaginative Conservative. 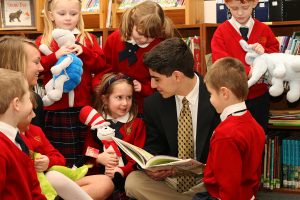 As classical educators, we must remember that regardless of how well students have the ten commandments memorized, it won’t matter if they do not love what is good. This is especially important in the grammar school for younger students whose moral imaginations are being formed. Stories are paramount for this. But when reading and discussing stories, remember that children don’t need to hear a moral, they need a picture of what good looks like, and they need to learn to love that picture. To learn more about moral imagination and the Bible in classical education, see this article by the CiRCE Institute.