What are the Liberal Arts?

The seven liberal arts are skills that free a person to learn for themselves, direct themselves, and lead others well. They cultivate one’s reasoning skills and provide one with the tools of learning through seven arts split into the trivium and the quadrivium. 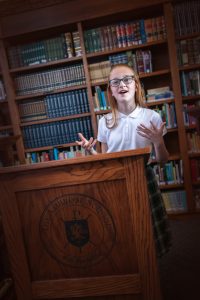 The term “liberal arts” has some unfortunate connotations. But considering the liberal arts are possibly the most influential element in classical education, understanding what they are is paramount. Classically understood, the liberal arts are skills that a person needs to direct themselves and lead others well. Once, the term “art” simply meant that skill which produced something new. On one hand, a person can build a rocking chair by imitating or copying someone else, but mere imitation is not art. On the other hand, if he had read many books about building rocking chairs but did not build them himself, his knowledge would be considered “science” rather than art. “Science” in this sense comes from the Latin word scientia meaning knowledge. Rather, an art is a skill. Someone may learn a skill through imitation and knowledge, but in order to really have a skill he needs to add his own mind to the equation. An art, or skill, requires a mind that can think and reason.

So what is a liberal art, then? The liberal arts tower above the other arts because they produce the works of reason which are needed for every art. While fine arts produce beautiful music and art, and mechanical arts produce solid rocking chairs and car engines, liberal arts train the mind to think. They train the human mind in logic, language, mathematics. In doing so, they strengthen one’s mind, which benefits the other arts and gives one the tools of learning needed to find knowledge (i.e. science). They are called “liberal,” because they make for free-thinking people, people who don’t need others to direct them but can direct themselves, people who can lead others.

During the middle ages writers like Aquinas organized the liberal arts, identifying seven subjects under two categories: the trivium and the quadrivium. The subjects of the trivium and quadrivium existed as areas of study in the ancient world and were codified as such in the early medieval era, but it was not until the middle ages that writers like Cassiodorus combined them under the heading of liberal arts.
These seven [the ancients] considered so to excel all the rest in usefulness that anyone who had been thoroughly schooled in them might afterward come to a knowledge of the others by his own inquiry and effort rather than by listening to a teacher.
Didascalicon of Hugh of Saint Victor

The three arts of language: grammar, logic, and rhetoric. 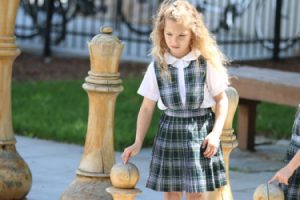 The three subjects in the trivium are, first, courses of study. Grammar involves learning the fundamentals of a language and how to use it properly. In the middle ages and early modern era this language was Latin, which, because it was simple to learn, was the universal language of communication and scholarship in the West well into the modern era. Logic (dialectic) trains a person in good reasoning so they properly understand questions and make good arguments; the study of logic is built on formal logic which allows a person to follow the logic of an argument. This is why many classical schools embrace Socratic discussion. Rhetoric teaches a student to winsomely and persuasively convey their ideas to others whether that be in writing or in speech. Classical schools make an effort to teach these three subjects because they train reasoning and language skills.

Many classical schools organize grade levels into grammar school (k-6th), logic school (7th-8th/9th), and rhetoric school (9th-12th). This comes from Dorothy Sayers’ astute observation that these three subjects are especially well suited to the developmental stages of a child. Young children enjoy memorising facts and rules (grammar), junior high students become argumentative and want to know why things are the way they are (logic), and older students begin to be capable of expressing themselves in meaningful ways (rhetoric). Although these developmental stages may be useful, they are not exclusive. Many classical educators also apply the principles of grammar, logic, and rhetoric to other subjects. For instance, the grammar of history might be facts and information, the logic might be making historical arguments and conclusions, and the rhetoric might be presenting or writing about a topic. Most teachers look to teach grammar, logic, and rhetoric in every subject.

The four arts of mathematics or number: arithmetic, geometry, astronomy, and music. 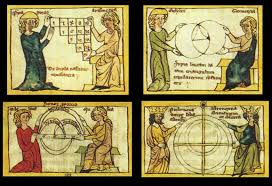 The quadrivium involves mathematics: reasoning with numbers and quantities. The four subjects that the medievals categorized under mathematics were arithmetic, geometry, astronomy, and music. Today, arithmetic and geometry are considered mathematical, although astronomy and music might seem out of place. The classical art of arithmetic dealt less in rote computation than in finding number patterns and number theory. Geometry, too, was less about plugging in the proper equation than about understanding magnitudes and doing proofs to understand and deduce equations for oneself. The ancients and medievals considered astronomy a subject of the same sort, because it involved meticulous observation and calculation to predict the movements of the stars. Music as math may sound foreign to us today, but the Greeks believed music was what numbers did in space and time because harmony, the key to music, deals in proportions.

Today, we tend to think of math primarily as a practical tool, but early Greek mathematicians like Pythagoras thought more highly of mathematics, believing it offered theoretical keys to understanding the world. Because the medievals and ancients thought of mathematics abstractly and theoretically, they learned it by figuring out for themselves how equations worked. The quadrivium was considered a liberal art because it was an exercise in logic, reasoning, and thinking, rather than in rote imitation.

[blockquote author=”Cassiodorus, Institutes of Divine and Secular Learning, Book II.3-4″]The study of arithmetic is endowed with much praise, since the Lord, maker of things, arranged the universe by number, weight and measure…. Although we can call all teaching theoretical, [the word ‘theoretical’] applies particularly to mathematics because of its excellence.[/blockquote]